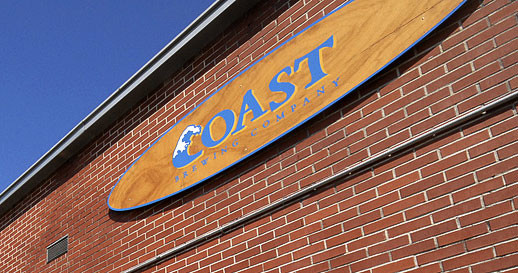 So, we’ve been in the beer industry for over a decade now (and by we I mean David has been professional brewing for 12 years and we’ve have been operating COAST for over 2). We knew the laws when we started the brewery and ran Pop the Cap SC, which changed the law allowing beer over 6% to be made in SC. Fine and Dandy. Except, I am fed up with all the other laws that essentially annihilate small breweries to operate successfully.

We are not allowed to sell direct, self-distribute or even give a tasting at our own brewery. Down right Ridiculous. With the passage of the microdistillery bill, distilleries now join wineries in the fact that they can have tours, do tastings and sell directly to consumers at their place of business. But STILL not beer. What gives?

The SC Beer Wholesalers oppose any legislation that “infringes on the 3-Tier system”, that’s what gives. Seems to me that this is down right unconstitutional to have these basic rights for wineries and distilleries but not beer. I have never seen such discrimination for a business sector in my entire life. Nor have I seen such absolute political power held by a special interest group (though I am sure it happens all the time).

Which leaves us with what to do from here? I absolutely love owning a brewery. We get to be self-employed, run our business the way we want to (morally and socially responsibly) and we’re really proud of the beer we make. I can still say that after all the long hours, frustrations and very little pay (though David may disagree). Right now though, it’s not enough. I just can’t rationalize these ridiculous laws and excuses that go with them any longer. SO, we have 2 choices. Keep going and keep fighting for better beer laws. Or, pack up and move somewhere that appreciates what we do by allowing us to make an honest living and to be able to invest back into our business and community. There are reasons you don’t see many new breweries open here, it just isn’t worth it. Why open here when North Carolina will welcome you with open arms. Well, that’s exactly what has been happening in NC, many new breweries have opened there in the last few years. Maybe we should have to?

South Carolina is literally turning away small business (and breweries are one of the few businesses still growing in the current economy!), giving up increased tax revenue and generally not listening to what her citizens want. Is that any way to run a state? It’s a damn shame because I love living in Charleston, it’s a beautiful, engaging city- and the beaches are second to none.

What does the future hold for South Carolina’s craft beer industry? I wish I knew.

Editor's concluding note: For more on the latest problems and the response from the brewing community, check out our article.