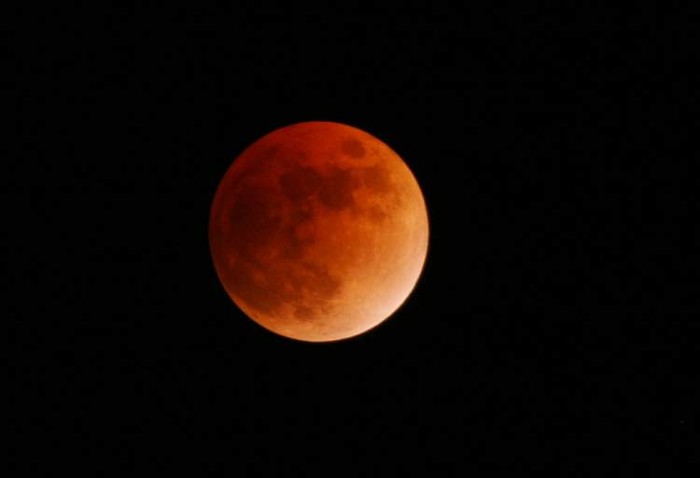 Image by Flickr user madmiked A lunar eclipse in February 2008.

Update December 21, photo: Here's a photo of this morning's eclipse.

Not only are lunar eclipses a rare occasion, but tonight's will doubly interesting as it will be the first time a lunar eclipse has occurred on the winter solstice in 372 years.

"Since Year 1, I can only find one previous instance of an eclipse matching the same calendar date as the solstice, and that is December 21, 1638," says Geoff Chester of the US Naval Observatory. "Fortunately we won't have to wait 372 years for the next one, that will be on 2094."

That alignment won't add any visual effects but it will make for added bragging rights as the coast of South Carolina is not only well within the eclipse visibility zone but, unlike much of the U.S., there's also expected to be few clouds in our night sky.

If you do stick it out, watch for the Ursid meteor shower that's capable of producing some 10 per hour from the Little Dipper area.

And remember, like all night sky gazing, the further you can get from city lights to places like beaches, the better the start gazing.

Oh and if you're a little hazy on your night sky lore, a lunar eclipse is when the Earth gets between the sun and the moon. Also, here's a digital forecast of how tonight's eclipse will play out.