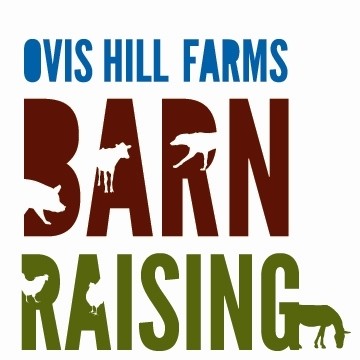 11:55 am on Monday February 21, 2011 | Posted by Amanda Click
Lowcountry locals band together for food and a Barn Raising (update: video, goal surpassed)

Update February 21: More than 400 people made it out to the event which raised nearly $25,000 to rebuild Charlie Caldwell's Ovis HIll Farms.

Charleston Scene has a write-up from the night; read it here. Also, NBC News 2 has a video report from the event; watch that here.

First reporting: Supporters, foodies, and chefs will fill the lawn of Lowndes Grove Plantation on February 20th as Patrick Properties, Lowcountry Local First and Keegan Farms host the "Ovis Hill Farms Barn Raising" to benefit farmer Charlie Caldwell of Ovis Hill Farms, who tragically lost his barn and more than 500 of his prized animals in a fire this past December.

Provided will be an oyster roast prepared by Nico Romo of Fish restaurant from 1 to 4 p.m., as well as special dishes from 12 other Charleston chefs: Mike Lata of FIG, Sean Brock of McCrady’s and Husk, Ken Vedrinski of Trattoria Lucca, Frank Lee of S.N.O.B., Jeremiah Bacon of Oak Steakhouse, Craig Deihl of Cypress, Ricky Hacker of Evo, Fred Neuville of Fat Hen, Marc Collins of Circa 1886, Mike Lotz of Triangle Char and Bar, Ben Berryhill of Red Drum and Jacques Larson of Wild Olive. The afternoon will also feature live music by local singer Elise Testone.

Tickets for the event are $50 per person, and free for kids ages 10 and under, in the hopes of raising $20,000 to rebuild the Ovis Hill Farms barn and replace the lost livestock.

“The strength of any community lies in its responsiveness to aid one another when they are in need,” said Randall Goldman, managing partner of Patrick Properties. “Charlie Caldwell is more than just a farmer, but a leader and friend to South Carolina’s culinary community, and we could not be more motivated to help restore his livelihood at Ovis Hill Farms.”

Donations and tickets to the Ovis HIil Barn Rasising can found online.