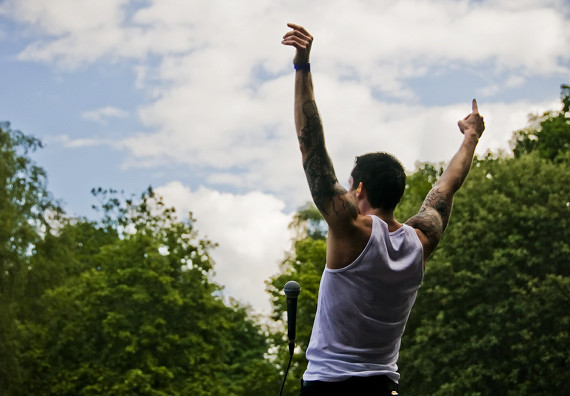 8:55 am on Friday May 14, 2010 | Posted by Amanda Click
Pride, pedestrians and festivals rule this weekend round-up

This weekend is all about power to the people.

Saturday marks the first ever gay pride celebration in the Charleston area. There is going to be a parade through North Charleston, a rally at Riverfront Park downtown and an after party at The Citadel. There's also the "Beer-B-Que Bash" on James Island where more than 50 draft brews will be served up along side some very tasty pork.

On Sunday, pedestrians will be able to take over King Street on Sunday during Do The Charleston, a day-long even that is closing down King Street from Calhoun to Queen for dining, shopping, entertainment and music.

If you're looking for some outdoor, musical fun there is the First Flush Festival featuring Robert Randolph and the Family Band or the more laid back Concert in the Park on Daniel Island featuring Jeremy Davis and the Equinox Jazz Orchestra.

After being postponed due to weather, the 23rd Annual Blessing of the Fleet and Seafood Festival is back on for this Sunday from 11:30 a.m. to 6 p.m. There won't be any shrimp boat parade this year, but there will be a bunch of great music, food and entertainment for the entire family.

There's plenty more going down in the Lowcountry over the new couple days. Check out the Charleston City Paper's weekend round-up or our Events Calendar to plan out the perfect weekend.