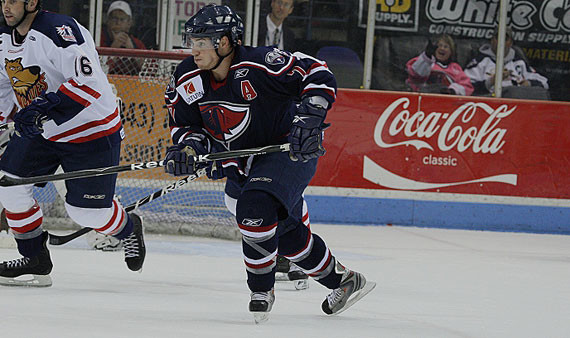 5:48 am on Thursday May 14, 2009 | Posted by Amanda Click
Stingrays take third straight win in best-of-seven series

Image by Stingrays Image by 20090514-stingrays.jpg

The South Carolina Stingrays are now just one win away from taking the Kelly Cup after they slipped by the Cincinnati Cyclones 4-3 in game three of their best-of-seven game series, now leading the series 3-0.

Read more stories on this subject in our Kelly Cup topic page.“We did a nice job late in the game of shutting down Cincinnati,” said Head Coach Jared Bednar. “We knew this Cincinnati team wouldn’t go quietly, and we expect more of the same on Friday.”

You can get more details about the game in the Stingrays' write-up.

The Rays will be back in action Friday night at 7:30 p.m. in Cincinnati in hopes of earning a trip to their third Kelly Cup Finals. You can tune in to Sports Radio 1450 or head out to Centre Pointe Bar & Grill to watch the Rays live.