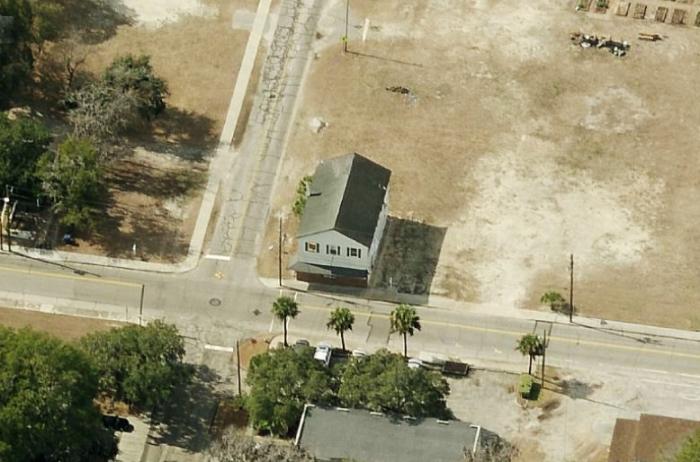 The street and surrounding area has been the site of city redevelopment efforts and new mixed commercial and residential zoning in recent years, and the Historic Beaufort Foundation also notes that Bladen Street dates to the city's original 1711 plan and was for many years an economic hub in downtown.

Take a read of the release bellow for more on both the street's history and the cookout:

Restoration of the last surviving historic commercial building on Bladen Street will begin in July by Historic Beaufort Foundation. The project will commence with a "Kick-off Cookout" block party at the David Schein Store, 702 Bladen Street, Thursday, June 27, 6 p.m. – 8 p.m. The public is invited.

The 3,200 square-foot building, which housed Coastal Contractors until 2006, will be stabilized by the Foundation and marketed for sale. The empty block in which it stands has been targeted by the City of Beaufort for commercial development. The block is part of the primarily residential Midtown Square development owned by Steve Tully and John Trask III who have partnered with HBF to promote the project.

Bladen Street was the principal business street west of downtown, in the heart of "Ward Six," a predominantly African-American area. The three blocks of Bladen from Bay Street to Duke Street were part of Beaufort's original town plan in 1711, according to research by former HBF executive director Evan Thompson.

In 1801, the Trustees of Beaufort College took ownership of vacant lots in Beaufort including this one. Although lots sold in 1801, the area remained undeveloped until after the Civil War and nothing was built at 702 Bladen until David Schein built his store in 1912.

The building will be restored to its two-story, gable fronted form with wood siding and possibly a metal roof, as funding allows. Non-structural walls, dropped ceilings and tiled floors will be removed to expose the original floor plan, ceiling heights and wooden floors. Windows and entrances that were moved or covered in the past will be restored, including the original storefront entry.

HBF's Preservation Committee stepped up with a preservation plan when it was learned that the building was to be demolished. HBF Board chairman Conway Ivy said the Foundation is excited to "demonstrate with a high visibility project that preservation can take a building that many view as having no value and making it a positive contributing factor in the neighborhood."

Some in city government have criticized HBF for not supporting the Civic Master Plan's goal of redevelopment of our neighborhoods, said HBF executive director Maxine Lutz. "This project and a second stabilization project on Duke Street that is expected to begin this summer illustrate that we are willing to work to find the resources to implement the city's goals."

The "Kick-off Cookout" is open to the public. The event is free but food provided by Sea Eagle Market is $10 per person and drinks are $1-$2. Bring lawn chairs.