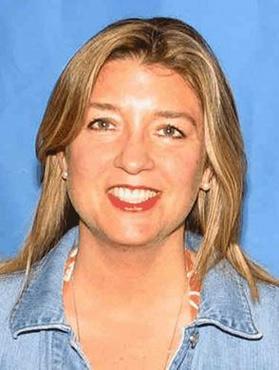 Update May 14: The body found at the Savannah airport parking deck has been confirmed as Gibson's and an autopsy also revealed no obvious signs of physical trauma.

The next round of information will likely come as toxicology reports are completed in a month or two.

Update May 11: There's no more information on why Gibson was at the Savannah airport, but The Island Packet has followed up with a more rounded report; you can read it here.

Look for more information after autopsy results are released — that should happen later today.

Update May 10: A body that is believed to be Gibson's has been found in her car on the second deck of the Savannah airport.

Her car had been parked there since the day after Gibson went missing but there's still little idea as to how long Gibson may have been dead.

Many briefs abound but I'll point you to WSAV 3's brief.

We'll be sure to keep you posted.

Update: Police are saying there is no new information in the case of Caroline Gibson﻿ who went missing from Sun City.

Here's what they said:

Investigators have pursued any and all leads even loosely tied to Caroline Gibson, but there has been no traceable activity by Caroline Gibson since her disappearance was reported. Searches by ground, water, and air throughout Beaufort and Jasper County based on last known activity and previous history as provided by family members have yielded no contact.

Gibson's failure to contact family members adds to the concern surrounding her disappearance; however, no evidence suggesting foul play or that she did not leave of her on free will or accord has been found to date. The investigation remains focused as a missing person case as there has been no evidence uncovered suggesting anything to the contrary.

Investigators will continue to pursue any information received with due urgency, and anyone with information is asked to contact either Investigator SSgt. B. Chapman at 843-255-3417 or the Beaufort County Dispatch Center at 843-524-2777.

First reporting: Caroline Gibson was last seen several days ago by her Sun City parents with whom the 40 year old lives.

Her family says she left work with the intent of going to the Beaufort Belk department store where she works, but concerns are high that Gibson, who takes medication for a bi-polar condition, may have left home with the intent of committing suicide.

WSAV 3 and WTOC 11 both have informative videos that you can watch below; The Island Packet also has a written report.

We'll be sure to keep you updated.